When a doctor I know recently signed up for a Twitter account, his colleagues began teasing him. “Are you going to tweet what you eat?” one joked.

Their questions, though, soon turned serious. How often was he going to tweet? What would he do if patients asked for medical advice on Twitter? Did he make up a name or use his real one?

“Doesn’t it make you nervous to put yourself ‘out there’?” asked one doctor, a respected clinician and researcher who prided herself on her facility with technology…but only at home. “I refuse to look myself up on Google,” she said. “Quite honestly, I’m not sure what I’d do with what I might find.” 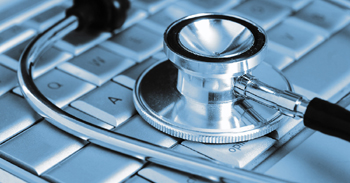 While most doctors have come to terms with the fact that their patients routinely go online for information about what ails them, they remain uneasy about a more recent trend: the Internet is quickly becoming the resource of choice for patients to connect with, learn more about and even rate their doctors. And while many have used Facebook, Twitter, LinkedIn or online medical community sites like Sermo to engage with friends and colleagues, few have communicated with patients as, well, doctors. Most abstain for one simple reason: they aren’t sure how to be a doctor online.

Since starting his blog, KevinMD, nearly 10 years ago, Dr. Pho has become a rock star among the health care set, one of the few doctors recognizable by first name only. A primary care doctor, Dr. Pho presides over a social media empire that includes his blog, now a highly coveted publishing place for doctors and patients, a lively Facebook page and a nonstop Twitter stream that has become must-follow fodder for the medical Digirati.

Now he and Susan Gay, a medical publisher, have written a book to help doctors do nearly the same. In “Establishing, Managing and Protecting Your Online Reputation: A Social Media Guide for Physicians and Medical Practices,” Dr. Pho and Ms. Gay offer highly organized key points, useful statistics and exuberant testimonials from doctors who have successfully leapt over the digital divide. There is plenty of practical advice, too, on topics ranging from what to post and when to engage, confer or rebuff, to how to decide what might be unethical or T.M.I. (Answer: “Can you say it aloud in a full hospital elevator?”)

The book is an excellent and helpful resource. But what elevates it beyond the category of valuable how-to manual is the passionate call to arms that resonates from all those well-enumerated directions and clearly labeled diagrams. Like it or not, the authors warn, the Internet has profoundly changed the patient-doctor relationship, and doctors must embrace its effects on patient care — or risk losing their own influence.

This is a social media manifesto for physicians.

Doctors need to be on social media because “that’s where the patients are going to be,” Dr. Pho and Ms. Gay state early on in the book. But it’s a wild world out there, they caution, where survival is based not on fitness but on presence. Invoking one of the most contentious health care topics on the Internet, childhood vaccines, they describe how the Internet has put the opinions of celebrities, politicians and “people who took their last science course in high school” on equal footing with experts who have devoted their careers to studying and researching the issue.

But doctors have lost their voice, and therefore their authority, because they have opted to ignore rather than embrace the Internet, the authors say. As a result, they are now saddled with the “much harder job” of dispelling myths and calming patients’ fears. It’s a situation that might have been prevented if doctors, like the celebrities, had stacked the YouTube, blog and Twitter decks, but with information that was confirmed by research and not coffee-klatch chatter.

Dr. Pho and Ms. Gay’s exhortations ramp up when it comes to the area that unnerves doctors most, online rankings. Again, presence trumps absence, and they urge readers to begin “claiming your identity” by Googling themselves. They offer the cautionary tale of a doctor who, only after Googling herself, discovers she has the same name as an eye doctor accused of willfully blinding patients. Armed with this information, the doctor begins using her nickname in person and online, thus differentiating herself from the delinquent doppelganger.

“The biggest risk of social media in health care,” they conclude, “is not using it at all.”

If there is a weakness in the book, it is its tendency to rely on platitudes of self-empowerment and slip into pedestrian prose. But thanks to the heady message in this manual cum manifesto, I’m pretty sure that I won’t be the only one to forgive Dr. Pho and Ms. Gay their literary lapses. Instead I will focus on their earnest appeal, made more compelling every time a patient asks if I or my colleagues blog, tweet or have a Facebook page. There will be all the other doctors who have chosen to care about their patients by working not only on the wards and in the clinics but also online.