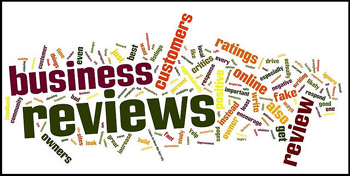 You know the phrase “your reputation precedes you?” According to a new survey from BrightLocal.com, it’s more true for doctors than almost any other type of business. Before they ever visit your website or pick up the phone, consumers are going online, reading reviews and making decisions about potential providers based on their reputations.

Consider the results when survey respondents were asked to name the local business categories where reputation mattered the most when making a decision. 53% of respondents mentioned doctors and dentists, more than any of the other 18 categories. Even more telling, perhaps, that was almost double the 29% who did so the year before. 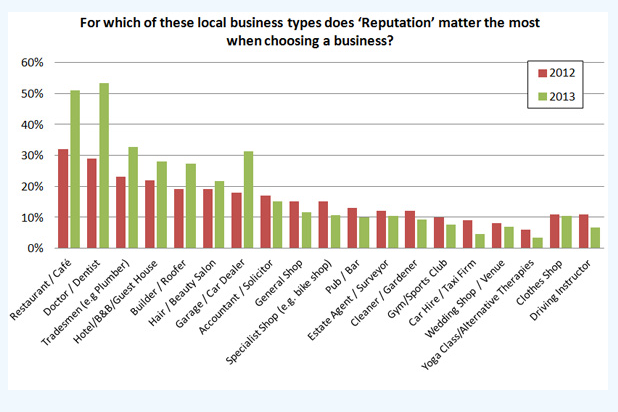 Needless to say, reputation plays a key role in the purchase decision for most products or services. But it’s even more important, notes the study, when one or more of the following is true:

If that doesn’t ring a bell, it might be time to pursue a new line of work (or at least get your hearing checked).

The fact is that your online reputation is being formed whether you’re promoting it or not and online reviews are playing an increasingly large role in the process. According to the survey, 32% of consumers now go online to read reviews of doctors and dentists, second only to those who read others’ reviews of restaurants — and more than the other 17 categories investigated. More to the point, the percentage of people who said they read reviews of doctors and dentists was up from 21% the year before, a jump of 52%.

Finally, the survey notes that consumers are judging providers’ reputations faster than ever. While having more online reviews is always better than having fewer, it seems people are reading fewer of them before making their decisions. According to the survey, 67% of consumers read 6 reviews or less, up from 52% in 2012.

All of which suggests that doctors who ignore online reviews are also ignoring the reality that doing so also puts their reputation at risk. This will only take on increased significance thanks to the accelerated nature of the Internet and people’s increasingly sophisticated approach to their purchase decisions.

As the folks at BrightLocal put it:

By the time a consumer has started reading reviews they have identified an issue/need they have, worked out what service or product satisfies this need and now want to select a business to use.

So the path from reading online reviews to purchasing from a business is short which means it’s crucial for local businesses to have a positive online reputation so they convert ‘searchers’ to customers.

There’s more to your reputation than just your credentials

No one would suggest that cosmetic surgery is an “impulse buy” but the fact remains that people are increasingly adept at getting a good sense of a doctor’s reputation quickly. And while board certification remains the gold standard, many aesthetic consumers won’t even investigate credentials until they’ve determined your credibility through other consumers’ reviews.