Home / Blog / Does It Matter That No One Follows Me On Twitter?
Julie Bawden Davis, DECEMBER 02, 2013 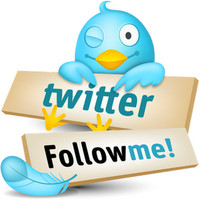 Considering the emphasis on social media as a business development tool, it’s natural to be concerned if you have yet to grow a strong following. “This is a common worry,” says Jeffrey K. Rohrs, author of Audience: Marketing in the Age of Subscribers, Fans and Followers. “You certainly don’t want to look green or inexperienced or unprofessional in any way.”

OPEN Forum community member Ann Platenik poses the question on the minds of many small-business owners: “I’m just now building my presence on social spots. Does it matter to potential customers that I haven’t cultivated robust followings yet?” asks the owner of Aqua Indigo, a brand engagement company.

“The short answer is no, it doesn’t matter to your customers if you don’t yet have a strong following,” Rohrs says. “The long answer is that everyone has to start somewhere, and a social media audience is a proprietary commodity and renewable resource that you definitely want to build.”

A strong following out of the gate doesn’t matter, agrees Annie Haven, owner of the Authentic Haven Brand, which produces a 100 percent natural soil nutrient affectionately known on social media as #Moo Poo Tea. “You cultivate your following as you build your business—one hand is washing the other,” says Haven, who opened her social media accounts in 2009 and currently has 11,647 Twitter followers and 2,829 likes on her Facebook fan page.

“As you build your social media following, you’re building business relationships,” Haven says. “My advice to any small-business owner, no matter what you’re selling, is to treat your computer screen just as you would a brick-and-mortar storefront. Build friendships and relationships first, because in the end that’s all that your customers care about—that you connect with them.”

“Audience value is recognized by size, but it’s also measured by how many people you actually engage and the level of engagement value for your business,” Rohrs explains. “You could engage with just one person, but it could be someone with a long sales cycle and a resulting high dollar value.”

OPEN Forum community member and social media strategist Gwen Morrison, CEO of Endurance Marketing, agrees that the number of your followers is not likely to deter potential customers. “I don’t think it matters, as long as you’re sharing content that resonates with your target audience,” she says. “If you’re following 30,000 people on Twitter and just three people are following you, it might raise a red flag. Grow your audience organically by being a good resource for them. Know where your customers and prospects are ‘hanging out’ and then focus on that.”

Haven agrees, noting that she built her following up by attending chats, which she still does. “Find chats applicable to your business by checking with twubs.com, which registers hashtags,” she says.

Encouraging engagement is directly related to what you’re sharing. “The key is not to share only about yourself without any clear goals in mind. Your efforts need to be strategic and purposeful,” Rohrs says. “Find influencers in your industry and reach out to them. Get on their radar by retweeting, sharing and adding comments. Interacting allows you to stand on their shoulders and broaden your reach,”

If any potential customers do notice your less-than-stellar social following and mentions the fact, avoid apologizing. “Don’t be embarrassed,” Rohrs says. “Instead, be upfront and let them know that you don’t have a big following yet, because you’re just getting started with social media, and you want to do it right and be there to engage. That’s something they’ll appreciate.”

Perhaps most importantly, give it time. “Audiences are business assets,” Rohrs explains. “When building those assets, offer value, and over time you will see a gradually growing following. You may get an occasional spike if something goes viral, but for the most part you’re going to hit a lot of singles and doubles rather than home runs.”

Let building a following take the time it’s going to take while you continue to offer a superior product or service.