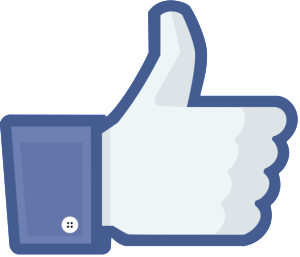 Criticism hurts—especially when you’re not sure where it’s coming from, or why, and have no way to respond to it.

That’s the feeling among some business owners, who say a new rating system that Facebook introduced to better compete with Yelp is actually doing more harm than good. The system, which is currently in a testing phase for the desktop version of Facebook, lets people leave ratings on a scale of 1 to 5 stars, in addition to text reviews, on businesses’ Facebook pages. So, if a simple “like” will not suffice, there’s this.

But some small business owners say the system contains numerous flaws that have caused headaches for them and made it difficult to manage their companies’ pages on Facebook. Among their complaints: The ratings can be left anonymously, sometimes with no real feedback attached to them, and without any way to respond to the reviews or correct mistakes in them.

Part of the issue is that the system allows for discrepancies between a business’s overall rating and the reviews that are viewable on its page. The way the system works now, someone can write a positive review but leave a low star rating for the business, which is factored into its overall grade. That makes it hard, some business owners say, to understand what’s really going on.

Reviewers have several privacy options for their reviews. So even though the reviewer’s rating is factored into the business’s average, the reviewer still has the option of making the written review public, or visible only to friends, or only to himself, among other settings.

For some businesses, that’s led to confusion. “I would just like to be able to understand what the negative comments related to. Drinks? Food? Customer service? Wait time?” said Mary Hanson, on an anti-Facebook-ratings page that has sprung up since Facebook began testing the system.

”I do not have many reviews, so one or two low ratings can make a big difference for my business,” said Hanson, the owner of Mary’s Scone Shop, a store based in Mount Horeb, Wisconsin.

Others were more critical. “This ratings system is a broken feature,” said Steve Miles, in a plea to remove the anonymous ratings. A new business of his that wasn’t even opened yet had already received some 1-star ratings, probably from a former competitor, he said.

Some companies, in response, have selected a non-business category for their pages on Facebook, just to have the ratings removed, even if it means wiping out positive reviews in the process. In message boards, others have suggested some fairly technical work-arounds, such as deleting the address from their business page.

Still, other business owners said the system was generally a good thing for building brand awareness and engagement. “I’m not asking to retract the ratings,” said Cathy Wallace, owner of The Mens Room, a consignment store in Hendersonville, Tennessee. Instead, she’d like Facebook to include a better way to let her respond to customers’ complaints, either privately, or publicly on her company’s page.

What she wants, she said, is a way to contact the reviewer, ask what happened, and say “sorry.” Not that she would often need to: Her store currently holds an average rating of 4.5, based on 64 ratings.

It’s common for major Internet companies like Facebook to try out new software and products and see what sticks. Twitter does “experiments” all the time, with new accounts to keep its users more in the know on certain topics. Google previously tried out its “Nexus Q,” a black orb for streaming people’s music. It was never released to the public.

These aren’t always full-fledged, masterful products. But even if they’re just in testing mode, the companies’ tinkerings can have a huge impact on ordinary people’s lives, given the size and influence of an online platform.

Business owners upset by Facebook’s platform might be dealing with an unavoidable problem in the world of online reviews, when it comes to anonymity. Reviewers can post anonymously on Yelp, too. But they may not always stay secret. Just this week, a Virginia court ordered Yelp to hand over the identities of several people who left negative reviews anonymously for a carpet cleaning business.