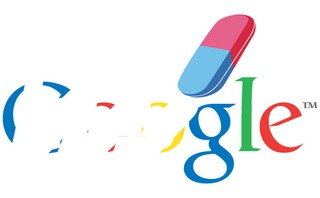 Following the European Union “Right to be Forgotten” court ruling, Google has now launched a new form to allow people to submit removal requests to the search engine.

The form requires that those who submit the form submit a valid form of photo ID to complete the request. It does, however, allow users to request removals for others, provided they are acting for that person, such as a spouse or lawyer.

To submit a request, you need to include the full name for the person you are requesting search results to be removed, your own name (if different) as well as the relationship to the person you are submitting the form for and a contact email address. Google also said you must:

“(a) Provide the URL for each link appearing in a Google search for your name that you request to be removed. (The URL can be taken from your browser bar after clicking on the search result in question).

(b) Explain, if not clear, why the linked page is about you (or, if you are submitting this form on behalf of someone else, the person named above).

(c) Explain how this URL in search results is irrelevant, outdated, or otherwise inappropriate.”

The form defaults to only submit a single URL for removal but you can add additional as needed, but Google requests an explanation for each one.

Google also seems to recognize the possibility that there could be fraudulent removals from people attempting to harm competitors. They hope that the requested information will prevent people from impersonating others, or from those trying to attempt to suppress legal information.

It is interesting though that the identification does not need to be a government issued ID or passport. Users can also obscure the identifying numbers from the identification and Google will destroy their copy within a month of the removal requests being closed.

Why there are four non-EU countries is a mystery, other than they are geographically close to the UE. The four countries include Iceland, Liechtenstein, Norway and Switzerland.

There is no announced timeline for how long Google will take to take action on the submitted “Right to be Forgotten” requests.

“Almost a third of the requests were in relation to accusations of fraud, 20 per cent were in relation to violent/serious crimes, and around 12 per cent regarded child pornography arrests,” The Telegraph reported. “More than 1,500 of these requests are believed to have come from people in the UK. An ex-politician seeking re-election, a paedophile and a GP were among the British applicants.”