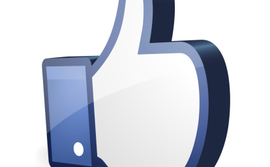 Facebook has spruced up its news feed redesign and started rolling it out, a year after it announced the makeover.

Facebook announced its news feed redesign exactly 12 months ago today, and is rolling out the updated look to a fraction of its users.

The handful of people that first got the redesigned Facebook news feed didn’t like it, so the social network made some adjustments before rolling it out to everybody, starting on Thursday.
The tweaks bring Facebook’s news feed in line with its mobile app, with the firm focused on making things streamlined and easy to use. The drop-down menus and black sidebar introduced in last year’s redesign have been removed, as have news feed categories such as “All Friends” and “Groups”.

“Today we’re rolling out an updated look for News Feed so that desktop and mobile will look the same, making Facebook more consistent and easier to use across platforms,” Facebook said in a blog post. “You may recall that last year we experimented with a complete redesign of News Feed for desktop and mobile.

“People who tested it told us that they liked the bigger photos and images, but found it more difficult to navigate Facebook overall. The updated design has the best of both worlds: it keeps the layout and navigation people liked, but offers bigger images and photos, as well as a new font.”

Facebook users with their language set to English will also see the social network’s Graph Search bar across the top of the page, while others will see a standard search bar.

Facebook said that it will roll out its redesigned news feed to all users within the next week.

This article was originally published on the Inquirer.