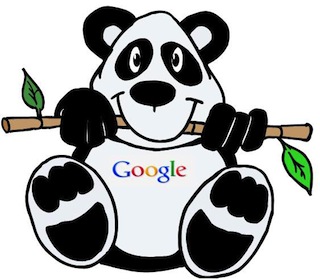 Google is working on a refresh of Panda, a “kinder, softer Panda,” Google’s Distinguished Engineer Matt Cutts announced at SMX last week. The goal of the next generation of Panda is to help small businesses that may have been impacted by previous versions of the algorithm that Google has unleashed periodically since the initial launch in February 2011.

Panda was initially launched as Google’s algorithmic answer to low quality and thin content sites that had gained prominent rankings in the search results.

While Panda was initially used as battling content farms, the side effect was enormous for less authoritative sites, a category that many small websites fall into, regardless of whether they had stellar or poor quality content.

The Panda algorithm was particularly hard on small businesses and greatly decreased their search visibility when compared to larger or “big brand” types of sites that Google seems to favor. This is especially true for product related searches where sites like Amazon or large retailers dominate the results and smaller sites just can’t compete, even if they offer better service or prices.

The same applies for websites offering local services, such as a local real estate agent or a local exterminator, for example, which are being dominated in the search results by national companies, even in situations where the national company doesn’t even offer the service in that particular local area. While local search can solve some of these problems, there remains the issue that their content doesn’t rank well for regular searches.

On a WebmasterWorld thread on the topic, user EditorialGuy gave an excellent description of how Panda affects small businesses, using a fake example search:

“Take a query like “armadillo grooming tools.” In the current Google results, such a query might yield product listings from Amazon, Target, Walmart, Petsmart, Petco, and so on. If I were a Google search engineer testing that query, I’d want to see a mixture of name-brand results and results for specialist sites like armadillofancy dot com that offer unique content (not just the same boilerplate text that Amazon uses) and show a genuine understanding of and passion for armadillos.”

Last year, Cutts seemed to acknowledge that Panda was having a pretty significant impact on smaller businesses. In August he began asking for examples of small quality sites that weren’t ranking well in Google. At the time, many small sites that had been negatively impacted by Panda were hopeful that an upcoming Panda update would give them a bit of a boost in the rankings.

There’s no word on when webmasters might see the Panda refresh, but since it Cutts mentioned it, we can probably expect to see it live sometime within the next few months.